Born in 1995, passionate about motors and a fan of Asiago hockey, he is the Chef of a well-known 4-star hotel on the plateau of Asiago and the Seven Townships. Originally from the province of Padua, he fell in love with the mountain from an early age, attending it with his family during vacations throughout his childhood. Numerous work experiences take him to Veneto, but his heart remains here, among the gentle mountainous reliefs and the green meadows of the Plateau, where he always ends up returning and where he wants to build his future.

Let’s find out who Francesco Tognon is 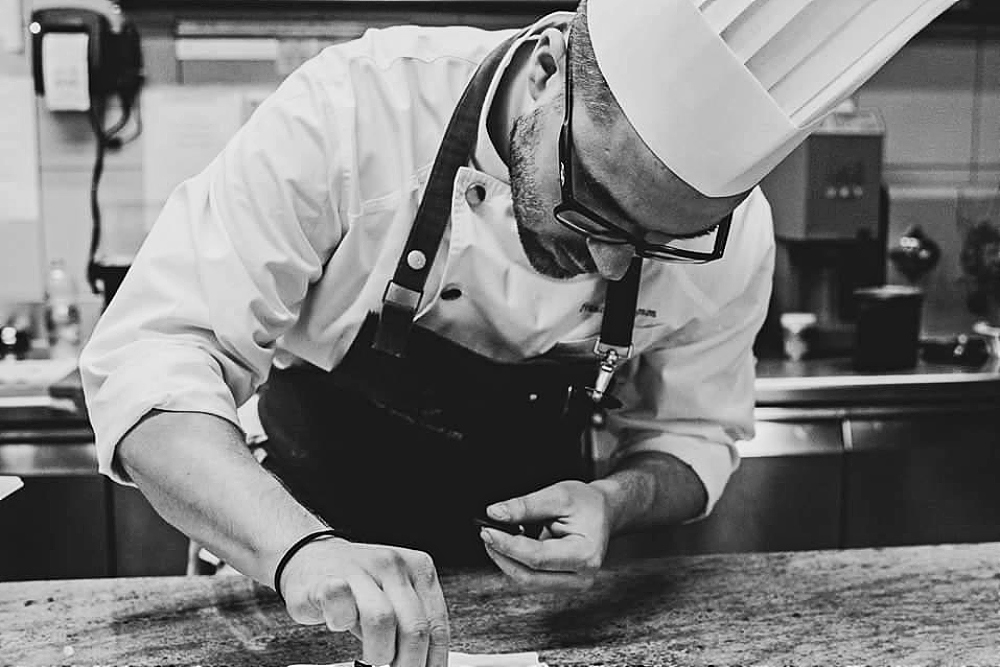 Where and when was your great passion for cooking born?

There is no precise place or time. My father liked to fill his free time cooking with love at parties and I helped him. He was curious, he experimented, it didn’t bother me to be on my feet for so many hours. So I decided to study that world. I believe that the passion for cooking was already within me and over time it has resulted in what is now my profession.

Cooking is passion but also training and experience. What was your academic training and in what areas did you practice? 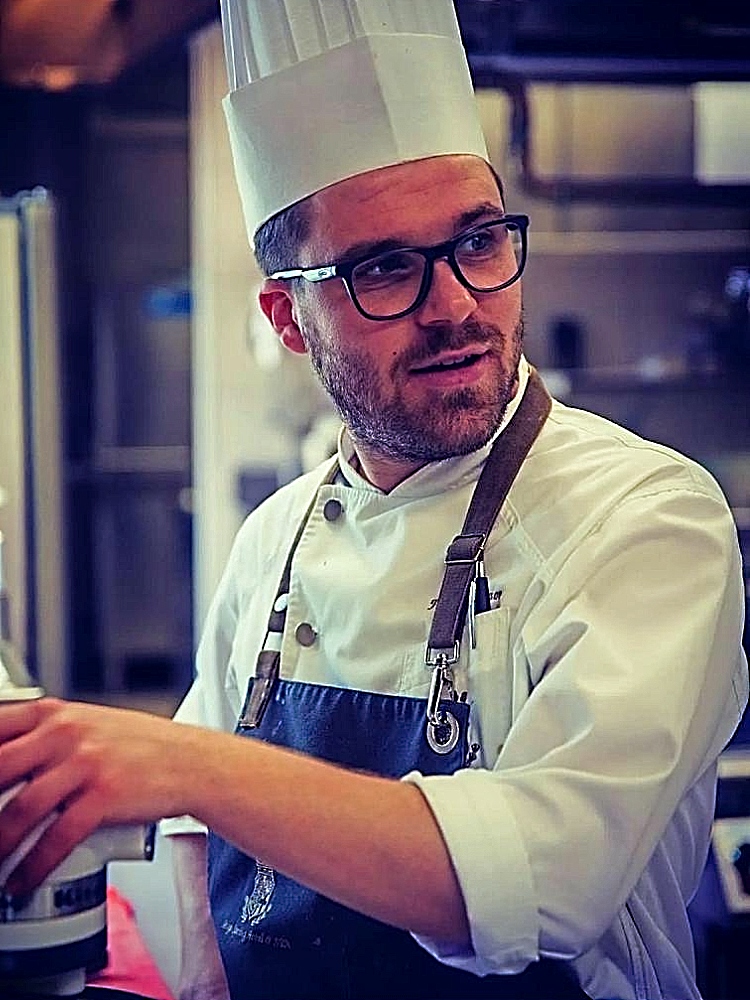 I graduated from the hotel institute of Dolo and in the meantime I dedicated myself to work doing the season in different places. Thanks to a circular issued through the school, in 2013 I had the opportunity to do the first summer season at the Hotel Erica in Asiago, where I then continued the experience also during the winter season. Later I did an internship for several months at the Alajmo family’s Le Calandre restaurant in Padua, where I got to know the reality of star cuisine.

What did the chefs you collaborate with teach you and how did they affect the path that brought you here?

After graduating, I immediately proposed to the market and went back to Plateau to do a stint. I then moved to Padua due to my need to prioritize loved ones and family and there I worked for about three years in a five star company as a Sous Chef de cuisine.
The experience in Cortina, in close contact with Bassano’s chef Alessandro Favrin, has broadened my horizons: in addition to teaching me new techniques, he also explained what kitchen management, contact with suppliers, merchandising, etc., consists of. I felt very comfortable in that environment, with a high-level structure, but the Plateau was still in my heart and I felt the need to go back there. Over time I came to the conclusion that to work well you also have to be in tune with the territory and so I returned to these mountains.
Then I worked for a few seasons at the Hotel Gaarten, at the Vezzena and at the Hotel Paradiso, learning about the local cuisine. I finally arrived at the Sporting Hotel.
That’s why I love to call myself a mountain cook. 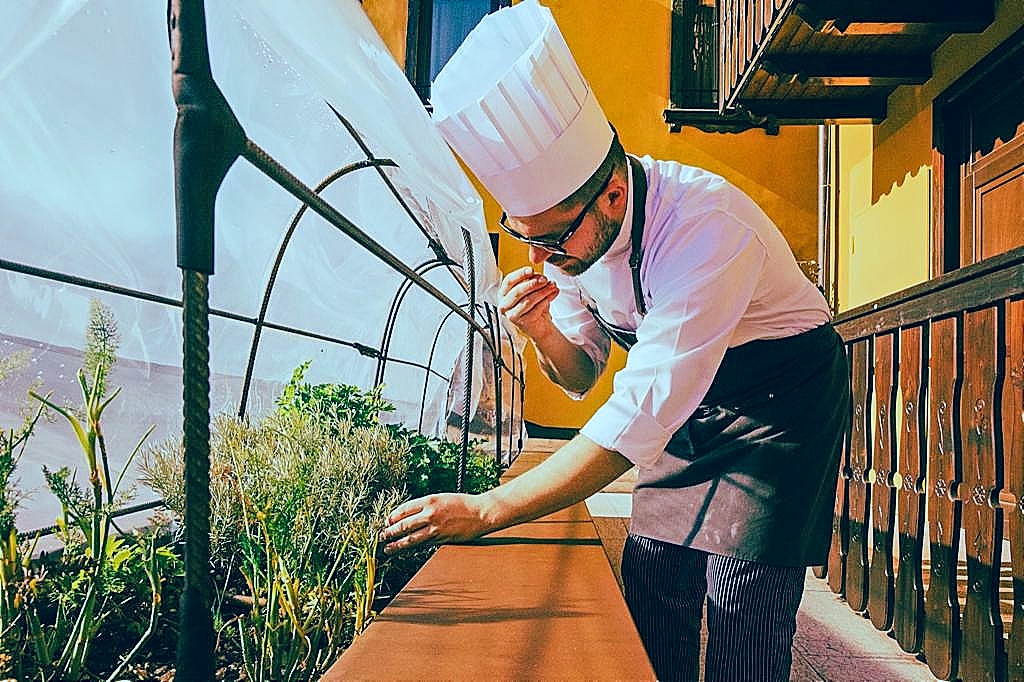 What is your style today? Do you reflect better in simple or gourmet cuisine?

I was lucky enough to work both in the small restaurant downstairs and in the star restaurant and I came to the conclusion that it is good to get the best out of each one but you also have to put your own and create your own direction, a distinctive philosophy.
It’s nice to make the classic recipes, but dedicating a few more hours a day even if it takes effort, learning from more experienced people who can teach the tricks of the trade and the different facets of each dish was important to me.
To date I can say that gourmet cuisine gives me more satisfaction because I like to see the customer satisfied.
As for the ingredients, I have no preferences: I am passionate about everything related to the world of maturation, but I do not disdain fish, prepared in a simple way and with high quality raw materials that do not require extensive processing.
I take a classic cuisine and rework it in a modern way, always paying attention to traditional flavors, like tomato sauce from when I was a child, that people want to rediscover. 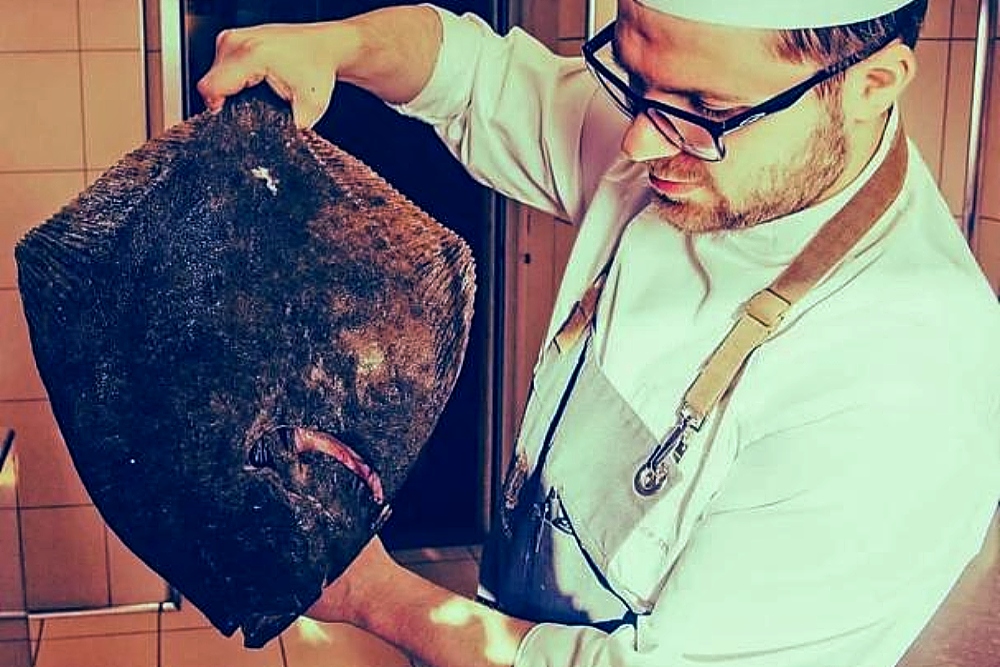 I enter a place that I do not know, they serve me a dish: how do I understand with my eyes closed that it is a dish from Chef Tognon? What is your distinctive feature, your signature?

You recognize it by an important raw material, few quality ingredients, different flavors and defined textures that do not invade each other. When you get up from the table you will be satisfied but light, with a satisfied palate and a new story told by my plate.
I love contact with clients, I often go out to the room to collect their impressions and find out how I can make them satisfied.

“Dedication to the Plateau of the Seven Townships” 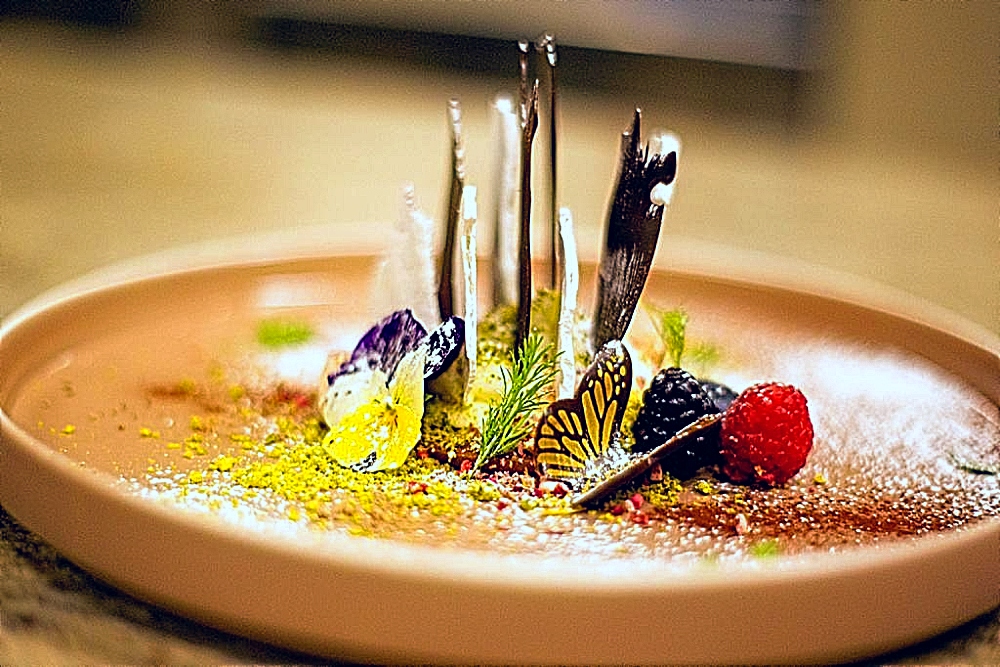 You recently created a dessert dedicated to the Plateau. Can you tell us a little about him?

My creation is inspired by the teachings received from chef Favrin, a person with great experience but very humble who comes from a family of pastry chefs and who during our collaboration shared all his techniques with me, allowing me to grow professionally and mentally. .
Since I care about this place, which I have frequented since I was a child, I decided to create a dish to express my gratitude to the wonderful territory that we live in every day and I called it Dedication to the Altopiano dei Sette Comuni.
It is a dish that, despite the simplicity of its five ingredients, wants to represent the landscape of the plateau seen through the eyes of an inhabitant of the plain, as I was as a child who, looking from Padua towards the mountains, saw the profiles of the mountains, in particular Cima XII and Monte Grappa.

What ingredients did you use?

There was significant studio work behind the creation to insert the four seasons and recreate the panorama with the chosen ingredients: there are two variations of chocolate, fresh berries, edible herbs, pistachio meadows, crunchy meringues for the snowy peaks, ground cocoa for paths and sandblasted hazel stones.
A job that requires more preparation time than service: it takes five minutes to build the cake, while it takes a couple of hours to make all the bases. 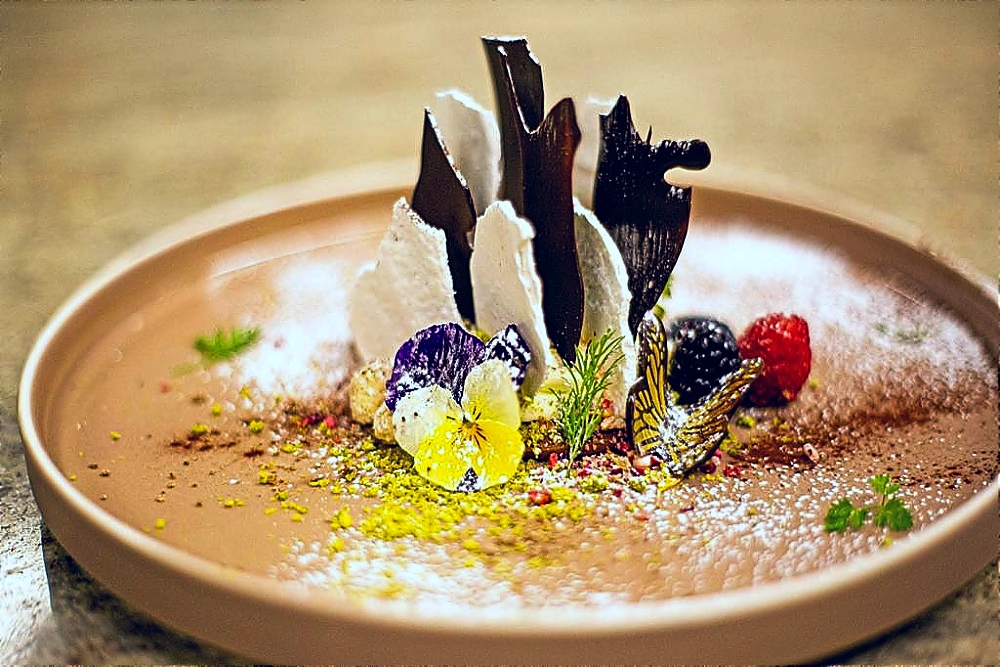 Congratulations on the idea, I’m sure I’ll be moved by your dedication.
Francesco, you are young and you have many satisfactions behind you, but also a long way to go. What is the goal you would like to achieve?

The main objective would be to open a place, but the path can be as long as it is short. The greatest satisfaction would be to have a reality in which I can express myself, I always hope for the best, without having to answer to anyone. And of course I would like it to be here, in the Meseta: a small place, simple but refined at the same time, rustic that reminds of a typical mountain cabin but revisited in a gourmet key. In short, a place where people want to go because it is beautiful, you eat well and you feel comfortable.
I have my little place in my heart, who knows that the dream will become a splendid reality. 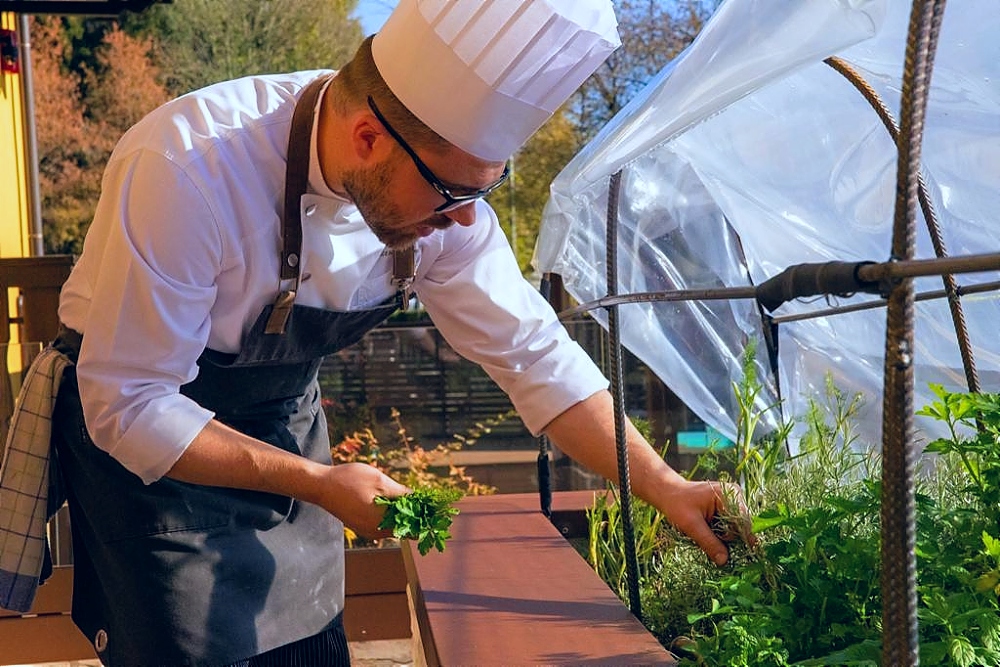